The Future of AI-Constructed Design 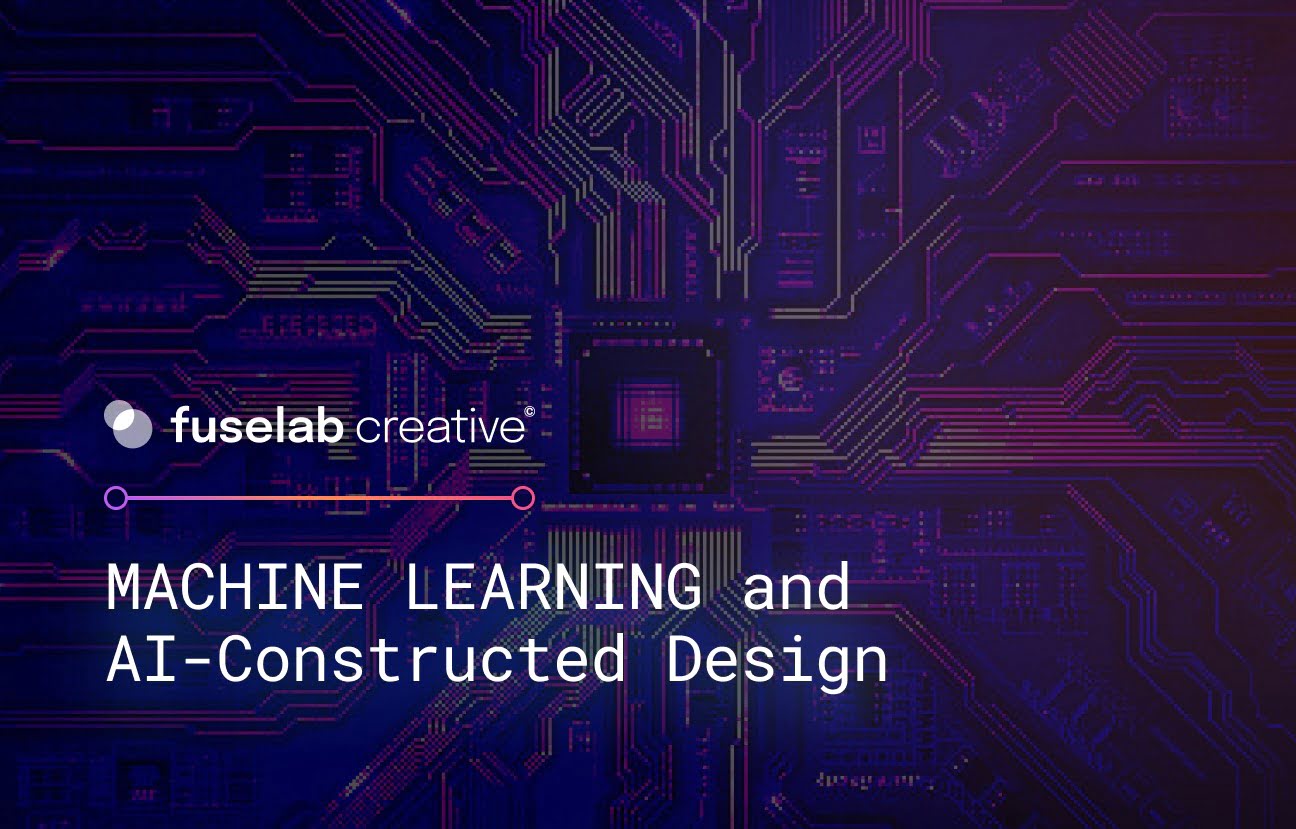 Is machine learning ready to take adaptive user interfaces into The Future?

Recently, Facebook announced the “next phase” of its expansion: an ambitious foray into what tech giants are calling “The Metaverse.”

If it sounds pretty sci-fi-ish, that’s because it is: the term first appeared in Neal Stephenson’s 1992 novel, Snow Crash, which accurately described a convergence of physical reality, virtual environments, and augmented “players” in a shared space online.

Given Facebook’s focus on the integration of products, social communities, creators, and commerce, this seems par for the course.

But as the company gears up to reinvent the very fabric of our realities, you have to wonder how this gargantuan effort is ever going to come about. The answer may, in fact, be closer than you think — just look at your screen.

Screens and the interfaces they display have become the entry point into a fully-realized digital world that exists beyond our singularly analog one. As Facebook progresses into the metaverse through Oculus 2 headsets, the data collected right now about user interaction, avatars, and preferences about digital experiences will be the data skeleton of metaversality.

Before you can run, you’ve got to crawl — and adaptive UI powered by machine learning and AI is precisely the current stop-gap that’s setting the stage for our collective foray into the metaverse.

What is adaptive design?

At its core, adaptive UI harnesses AI — artificial intelligence — to track and learn from user actions while the user is interacting with the interface of a program.

An example of this is Siemens PLM program NX, a CAD software that harnesses machine learning to make productivity gains in a user’s workflow. Based on machine-learning algorithms, the adaptive UI then predicts and presents likely or useful commands for the user to take advantage of.

What is adaptive design?

It’s useful to think of AUIs as a more sophisticated version of a command-based digital assistant like Alexa.

Adaptive UI thinks, learns, and anticipates. It knows what you need before you even know that you need it. Imagine an overbearing, invasive, but highly effective Moneypenny, and you’ve sort of got it.

To power an adaptive UI, you’d need to integrate machine learning algorithms that watch your interactions with a screen, a browser, or a piece of software. The commands and sequences of actions you take set a context for your later use.

There’s a behavioral pattern, and a user interface powered by AI would understand that pattern and reorganize itself based on your preferred context.

Right now, there are multiple “dimensions” along which interfaces could adapt. These include:

Of course, you can’t talk about user interfaces without branching off into the actual consequences of those user interactions — otherwise known as user experience. Right now, we have plenty of examples of adaptive UX — and they’re only scraping the surface of what’s to come with the metaverse.

What is adaptive UX design?

Adaptive UX takes into account the devices or channels.

While adaptive UI focuses on the user’s preferences, adaptive UX takes into account the devices or channels through which a user interacts with a digital element.

Take, for example, sites optimized for certain browsers or screen sizes. Adaptive user experience sets parameters for graphic elements like layout and visibility, as well as information presentation, such as deciding what content to display for which type of context.

The Fuselab Creative site is a good example of this basic form of adaptive UX in motion. It scales and conforms according to device screen size, but it also reformulates layouts based on previous mobile interactions versus actions taken on a desktop screen:

Adaptive UX powered by machine learning would be an aid, not an agent. In other words, its prime objective is to help the user sort through the mountains of data and information or potentials and possibilities available to them by presenting only options that they’re likely to find relevant.

The way that AUX does this would be through machine learning algorithms that observe interactions, build patterns about the data it collects and “learns” from, and then re-prioritize information on a screen in a way that aligns with a user’s most likely goal.

Where machine learning for content personalization is about spurring conversions and influencing user decisions, adaptive UX is the precursor. It sets the graphical and layout elements that presage a conversion by simplifying a user’s ability to interact with on-page elements in a personal way.

You’re probably well aware of adaptive user experience already through such uses as:

So we’re already using AUI to inform AUX, and the two go hand in hand. With machine learning algorithms, the sky’s the limit when it comes to the overall goal of making digital environments — apps, the internet, and more — simple, enjoyable, and beneficial.

Or so it would seem. The fact is that users are still experiencing limitations when it comes to machine learning-powered adaptive user experiences and interfaces, and it’s not about a lack of power or accuracy — it’s about a lack of transparency.

When interacting with machine learning-powered user interfaces, the inputs are deceptively simple — but we’re not always sure which input mattered and why.

And this begs the question: why?

Right now, tech giants like Uber, Google News, Facebook, Instagram, Netflix, and even Apple are facing issues with the consistency of their adaptive user interface because we’re all operating on the black-box model of machine learning. 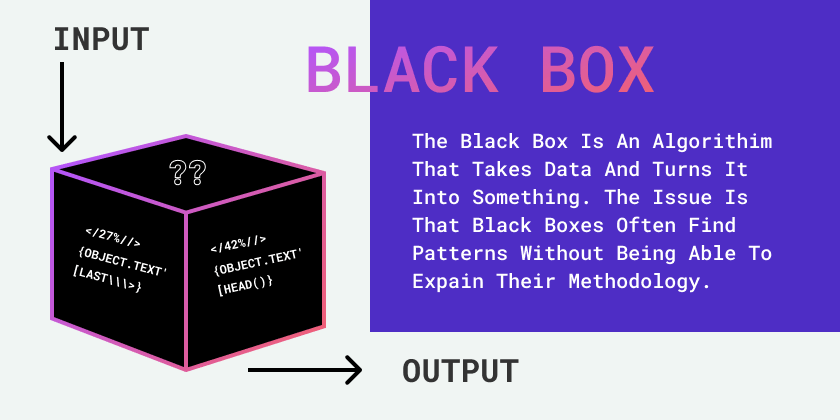 In the black box model of artificial intelligence, machine learning, which relies on deep neural networks (DNNs) or proprietary algorithms, accepts inputs and processes them into a result or an output. However, neither end of the equation is very clear — nor is the machine learning process itself.

So users aren’t entirely sure how to control or tweak their newly presented, “personalized” user interface because they don’t know which of their interactions affected the algorithm.

Ostensibly, if they’re looking for a change to their interface or digital environment, it’s because elements within the environment are irrelevant to them. On the surface, it may seem that this occurs because the hidden layers of DNNs or proprietary algorithms are “still learning” and are in the process of expanding those neural networks. Low precision, then, is par for the course, right?

A truly delightful user experience for adaptive interfaces builds a certain expectation about users regarding how the algorithm works. Disruptions to these mental models result in confusion and experiences that are less than delightful or consistent.

An example of obscure predictive layouts is the low-precision or completely irrelevant Netflix suggestions on the “Because You Watched…” lists. Though the first few suggestions have a clear pattern, scrolling through the list often results in raised eyebrows, and a user is left wondering about particularly strange recommendations.

What were the parameters of inputs that mattered? How did David Heinemeier Hansson’s wife interact with Apple Card? And did it even matter? The answers to these questions are, of course, obscured. It may not seem to matter much, but the issue becomes more serious if the stakes are higher — like deciding who receives treatment in a hospital, for example.

So, the next stage of AUIs isn’t only about operability or accuracy but also about explainability. Truly adaptive user interfaces, linked to adaptive user experiences, don’t only present a pre-made iteration of a layout, content, recommendations, or ads. They also need to:

Yet, even the above mitigation interrupts the user experience because personalization comes at the price of increased user effort.

To take the Netflix example once more, personalization of layout and recommendations based on user, session, and device provides a very specific and granular adaptive user experience — right down to the thumbnails.

But the actions of browsing, adding, and watching often creates an environment riddled with “duplicates,” which then increases interaction cost and downgrades usability at its most fundamental.

The Making of the Metaverse

Before we make it to the metaverse, even giants like Facebook will need to reconsider how to refine interactive elements of the user experience.

There are some clear ways forward because the black box model isn’t inevitable (no matter what tech companies preach):